Welcome to E-Flora of the Farasan archipelago

For millions of years while the Red sea was widening, The Farasan Islands have uplifted and composed of coral platforms deformed by salt tectonics, resulting in a complex onshore and offshore topography (Dabbagh et al., 1984). The Farasan Islands, are in a very interesting geographical location, located in the southern Red Sea, Jizan Province. It provides a link between the continents of Africa and Asia.  The Saudi Wildlife Commission (SWC) established the Farasan Archipelago as a protected area in 1996 because of the presence of the only remaining wild population of Arabian Gazelle.

The Farasan Archipelago consists of between 36 and 140 islands, which include coral islets, small islands with extensive areas of shallow, fringing coral reefs and sand shelves. Based on current satellite images there are 20 vegetated islands, lying about 40km from the Jizan coast (mainland). In this area, the sea is shallow (approximately100metres in depth). These islands play an important role for migratory birds. However, the first and foremost important factor that makes Farasan group of islands unique is the presence of two important Mangrove populations, Avicennia marina and Rhizophora mucronata. These species are ecologically important and highly productive littoral biotopes. Both species share the same shore-line habitat and seen growing side by side. Most of the islands are subjected to heavy human activities, such as overgrazing and woodcutting. Furthermore, the exotic and invasive tree Prosopis juliflora was introduced for greening the landscape along roadsides on Farasan Al-Kabir Island. It has escaped the cultivated sites and invaded the rich natural habitats such as, Wadi Matter (Al Welaie et al., 1993).

The current state of natural resources is under pressure as a result of degradation and over exploitation which poses a risk to the wellbeing of all humans. People are dependent on plants as a source of natural products such as food, medicine etc. There is a global urgency to manage our resources responsibly in order to secure a sustainable society. A Global Strategy for Plant Conservation (GSPC) 2011-2020 was established to promote conservation through determining what the plant diversity consists of and making information about the plants easily accessible. In order to conserve biodiversity, it is important to have a fundamental knowledge of what that biodiversity consists of. This information is often documented in the form of a Flora, which is an inventory of all known species in a specific geographic region. Basic elements contained in a Flora include scientific names, descriptions, distribution information and some form of identification tool, e.g. diagnostic characters, keys, images or illustrations.

E-Flora of the Farasan Archipelago aims to provide a web-based platform where authors manage, share, and publish taxonomic data online in response to a global effort to conserve our plant biodiversity. It will eventually bring together taxonomic data of all of the Farasan Island’s 46 plant families, with keys, descriptions, uses, illustrations, maps, and high-quality photographs of the estimated total number of 202 species. In brief, the aims will include (fast dissemination of taxonomy, greater audience than printed flora, synergy between remote groups and dynamic continuously updated flora). 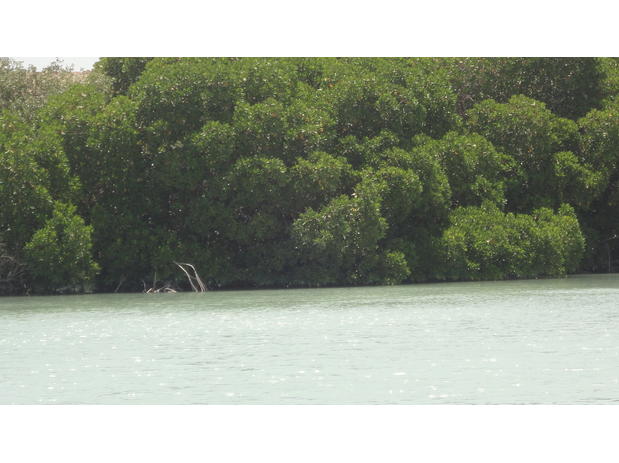 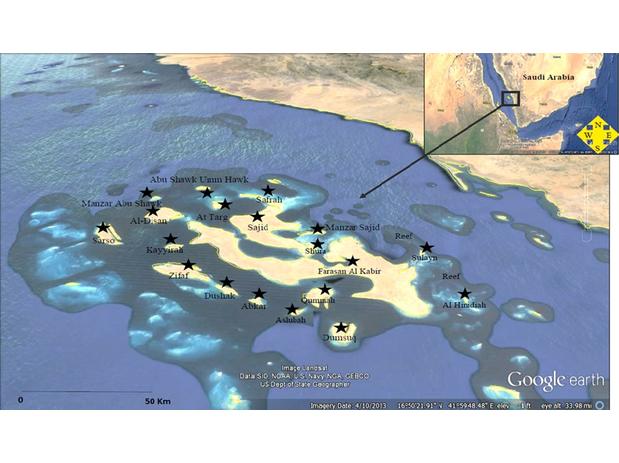